How Much Data Will VOIP Use?

By Steve ChoyDecember 2, 2019 No Comments

Home » How Much Data Will VOIP Use? 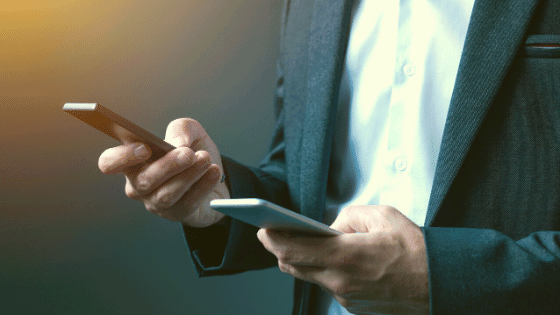 Many businesses switch to VOIP phone systems to cut back on their phone bill. They get the same benefits as they would with regular landlines through options such as fixed vs. non-fixed VOIP. Since VOIP relies on a different type of technology than cell phones and traditional landlines, it eliminates things like long-distance charges and other fees. It’s a great way to save money on communication, and it can increase productivity.

On the other hand, when you eliminate one thing, you have to pay for it in another way. VOIP calls don’t use up your minutes in the same way that cell phones do, but they do use up your data allowance. However, data is a lot more abundant, meaning that you can talk much longer by using your data plan than you would with your minutes.

People often forget that they can make calls with their mobile data plans through apps like Facebook messenger. These applications can make a big difference, especially with long-distance calling. But for those thinking about switching to VOIP as their primary phone communication, you’re going to want to be more mindful about your data usage. We will discuss how much data you can expect to use with VOIP and which factors will affect usage.

The Difference Between a VOIP Call and a Regular Call

In case you’re just getting acquainted with VOIP, let’s explain the difference between traditional phone technology and VOIP. In the most basic form, it boils down to sound waves and how they travel.

Traditional landlines deliver calls through a series of cables and wires as analog signals. So, there is an extensive amount of physical hardware and infrastructure that is required to provide sound. On the other hand, Cellular technology delivers sound through cell phone towers. While it requires fewer resources than traditional lines, it still requires substantial amounts of hardware and infrastructure to make it work.

VOIP stands for Voice Over Internet Protocol. This type of technology delivers audio data through the Internet’s wireless networks. Audio data includes everything from the sound of a YouTube video to your friend’s voice on the other end of a VOIP call.

VOIP transmits audio data through the same networks that deliver your emails, as well as the information that you see on this page. Since internet transmission is incredibly more efficient, it makes it a lot cheaper. It’s not like it will cost you more to send an email across an ocean than to send one across the office. With a few exceptions, sending audio data from a VOIP call is almost as efficient as sending other types of data.

So, if VOIP technology requires Internet service to transmit audio, how does this affect the amount of data usage? More importantly, are there specific factors, such as call quality or having to make thousands of calls monthly, that impact your data plan?

In reality, you don’t need a dedicated VOIP provider if you want to place calls over the Internet. There are applications like Skype — and as we mentioned before, Facebook and other Internet applications that let you make phone calls free of charge.

But if you’ve ever found yourself frustrated by the quality and sound of your free VOIP call, or suffered disconnection issues due to a bad Internet connection, you may question VOIP’s reliability.

Essentially, a poor quality VOIP call is the result of a less than an optimal Internet connection. We know that if you want faster and more reliable Internet, you will have to pay more because it will require stronger data capabilities. Better VOIP service is similar, and certain factors will affect how much data you end up using.

The term bandwidth means the transfer rate for an Internet connection or other types of network. The more bandwidth you have, the more data that can be transmitted in a shorter amount of time.

The more calls you make, the more data you will end up using. While this one may seem obvious, it does play a significant role in deciding the size of your data budget. More calls mean more data requests, and it will also mean that you will need more bandwidth to handle a higher volume of requests.

Audio data gets transmitted through the Internet over codecs. Codecs refer to bits of digital information that travel from one location to another. Different codecs have different bandwidth rates.

For example, a G.711 codec has a bandwidth rate of 64 kbps, whereas a G.726 has a rate of 24 kbps. When shopping around for VOIP providers and equipment, you’ll want to know codec capacity to have an understanding of how much data you can expect to use. Typically, one piece of equipment will be able to handle more than one codec type.

Video conferencing requires more resources to transfer both audio and visual data than voice calls alone. The type of call, as well as the device you will use, affect data usage. Larger and higher resolution screens will require better bandwidth rates for better visual quality. Video calls are the next best thing to actually being physically present with the person you’re communicating with. A grainy image does no justice for having that experience.

On the other hand, a video call on your cell phone or small tablet device will use up less energy than on a bigger screen. So, in this instance, size does matter. If you expect a high volume of video calls, you’ll need higher capabilities.

If you don’t want to get too caught up with the technicals of VOIP data usage, keep the following in mind: better quality will mean more data.

When we refer to quality, we mean everything, from the type of device you will use to make the calls to sound quality. Another factor to remember is call volume. How many calls do you expect and how important is it for you to have clear and reliable sound quality. It’s the same for video calls. What type of device will you use for streaming and how many video calls do you expect to make on a monthly basis.

Even yet, all of this may sound overwhelming, especially if it’s your first time using VOIP. It will always be beneficial if you get expert guidance from a VOIP service provider to guide you in the right direction.

What Does it Mean When It Says, “VOIP Caller?”

What Does it Mean When It Says, “VOIP Caller?”